Resisting Patriarchal Constructs of Gender and Visibility Via Instagram

This piece was a final project for ENGL 250, and it was inspired by Laura Mulvey’s essay, “Visual Pleasure and Narrative Cinema” and Judith Butler’s “Introduction to Bodies that Matter: On the Discursive Limits of Sex.” I was captivated by the multifaceted nature of Instagram and perplexed by the ways in which social media can function to both reproduce patriarchal and gendered norms as well as resist them. I think it is important to challenge binaries of gender and visibility, and the account of gender non-conforming poet, @alokvmenon, displays their resistance to patriarchy via Instagram beautifully and poignantly.

Rachel Macarie (She, Her, Hers) is a fourth-year English major at UBC Okanagan. She is the youngest daughter of Romanian immigrants and although she was born in Canada, she speaks Romanian fluently. She has never visited Romania but hopes to in the future! Rachel is also the Opinions Editor for the University’s student-run newspaper, The Phoenix News. Rachel is passionate about inclusivity, intersectional feminism, resisting patriarchal norms, social justice, and systemic equality. She enjoys journalism, reading, creative writing (she has three poems published in UBC Okanagan’s CRWR Anthology, Papershell), as well as leading children and youth at the Kelowna YMCA. 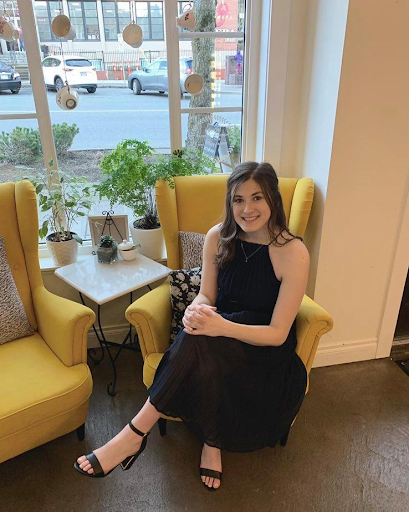